This morning, I was just on my way to work when I heard a little blurb on the radio telling me to stay away from highway 441 because a car had flipped. I thought I would save my brother an hour stuck in traffic, so I called Corey to warn him to stay away from the highway because there was a car on its roof.

“What are they saying?”

“There’s a car on its roof. Over by the Racine street exit.”

Ryan is about five years younger than me. I love the kid. You wouldn’t have known it when he first came around. When I was in kindergarten, I had my mom bring in our dog for show and tell. I told my class all about TJ – how she looked like a fuzzy bear cub and how she chomped at water when it shot out of the sprinkler. At one point, my teacher interrupted and asked if there was anything else I had to show the class.

I was clueless. Since Ryan was just a baby, my mom had brought him in too, but it didn’t occur to me to share him with the class. He was a baby. Pooped and cried. Got all the attention. “This is my new brother, Ryan,” I mumbled.

Ryan stole the attention from me. For five glorious years, I was the center of attention.Then all the sudden, Ryan came into the world. Corey and I sort of just tolerated him. He didn’t do anything. Just sat there drooling and occasionally sucking on a pacifier and eventually his toes. I thought I would have been able to play with him like a doll, but I couldn’t even do that. He was SO boring.

“What happened? Is he okay?”

Ryan and I became close over the last few years. I gave him advice with girls, counseled him through a breakup, and eventually we started bonding over Kanye West. When Corey told me Ryan had flipped his car, all I could see was him as a small child, squatted over a puddle in a striped shirt, reaching for a piece of playmobil.

He had hit a patch of ice as he was getting onto the highway, fishtailed a few times, slammed against a barrier, and landed upside down. Amazingly, he was able to punch and crawl out a window without any injuries. He didn’t even go to the hospital.

I was distracted for most of the day at work, thinking of Ryan and what it would be like if anything had happened to him. Since it was too much to think about, I just decided to think of what I would do when I saw him. I decided that I needed to give him a big hug, tell him I love him, and then smack him and tell him not to flip cars anymore. 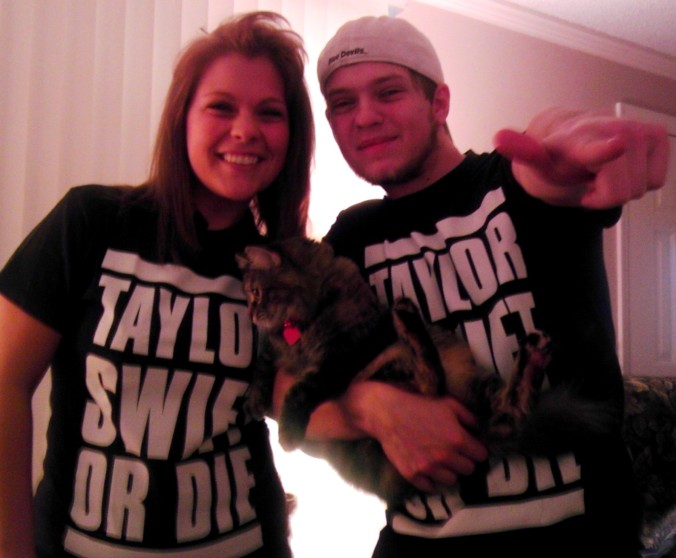 Now we bond over Taylor Swift and our ability to tolerate kittens.