You started the year off right. By that I mean singing along to Roses by Outkast with your best friend. Remember that night? You and Andrea had made plans to go to Milwaukee to go dancing or something, but a few nights earlier, Andrea confessed she was rethinking Milwaukee. You were relieved. New Year’s eve has never been your favorite night – it always makes you feel alone, no matter if you’re with friends, a boyfriend, or family. You’ve always been filled with this disgusting melancholia on the evening. You reminisce about the year, trying to remember the good parts while skirting over the bad, but inevitably you think of all the things you didn’t accomplish. So you were glad that you wouldn’t have to dance in the New Year with a bunch of east side hipsters, thinking of all the things you imagined your 2012 to lack: a smaller dress size, a boyfriend, an age-appropriate balance in your savings account, a new car, a decent collection of essays you’re proud to have written…

So instead you drove 50 minutes to spend the night drinking pink vodka nebula drinks (“nebula drank” as you and Andrea called them throughout the night) that glowed blue near a black light while talking in a baby voice to her bunny (Betsy Bun Bun) and dancing to the Hood Internet. Since you became aware of its significance, you weren’t concerned about locking lips with someone at midnight. Instead you just belted out, “Carolinnneeee. Caroline! She mighty fine!” And it was weird, the way the changing of a few digits on your computer’s toolbar, you felt rejuvenated. It might have been the eighth vodka drink kicking in, but suddenly you were excited for the newness to begin. And then you remembered that every day, every hour, every minute, and every second has newness – and in that newness is all the excitement, beauty, and anticipation that you decide. So you decided to be excited about the newness in every day, no matter how terrible the last.

And you know what? You held onto that every day in 2013. Some days were harder – like the mornings after disappointing dates, the arguments with your mother, the car troubles, and the overtime in the summer when you would have rather been sipping lemonade and reading. But overall, you were good. You regained some of the optimism you lost over the last five years because you began to realize that everything is temporary – your happiness just as much as your depression.

But I bet you want more specifics, huh? You’ve always been annoyed by generalities (that won’t change in 2013); concrete details work wonderfully when describing abstract concepts.

First and foremost, your dad eventually got over the tattoo you got on the first of the year.

You started saving. You flossed every night. You took a multi-vitamin everyday except two. You were better about moisturizing. You let your hair grow and finally got okay about your bangs. You got rid of one thing everyday. You drank 64oz of water everyday. When it struck you, you did yoga. You worked out – even the arm and ab exercises that you hate so much (you still hate them and you don’t exactly have Michelle Obama arms, but you no longer loathe sleeveless tops). Your room was clean more often than not. You stopped dating students, because you have a 401k and a queen-sized bed. You drank better wine more frequently. You tried a new fruit or vegetable each week. You blogged more. You wrote in your journal more – you really began to realize that every one of your thoughts doesn’t need to (and shouldn’t) be broadcasted on the internet. You tried to read a new book each week (2013 was welcomed with a refreshing reread of The Great Gatsby. You caught yourself saying “Fucking Fitzgerald!” several times). You reread Lolita like you’ve been doing for the last few years and you’re still just as enchanted by Humbert Humbert.

The thing you’ll remember most about this year is the trip you took by yourself. I don’t want to get in the specifics, because I know how much you love anticipation, but you took a weekend trip by yourself. You got a good deal on a roundtrip ticket to a city you’ve wanted to visit (maybe it was Boston, Philadelphia, Portland, or DC), and you just went. All by yourself. And it was great. You thought you’d be scared, but then you realized that every city is composed of the same things – streets and intersections and freeway exits – just arranged differently. You walked around and people-watched. You sat on foreign benches drinking coffee and smelling the city air. You met new people at bars. You ate cheap food and blogged about it in your hotel room at night. You loved it.

But I need to give you a generalization that I think you’ll be okay with: You grew into yourself 2013. It’s a beautiful thing.

Okay guys. This is my 100th post. I want to thank you for taking time out of your day to read this, because it means more than you realize.

As a thank you gift, here are some pictures from my New Year’s Eve with minimal commentary. 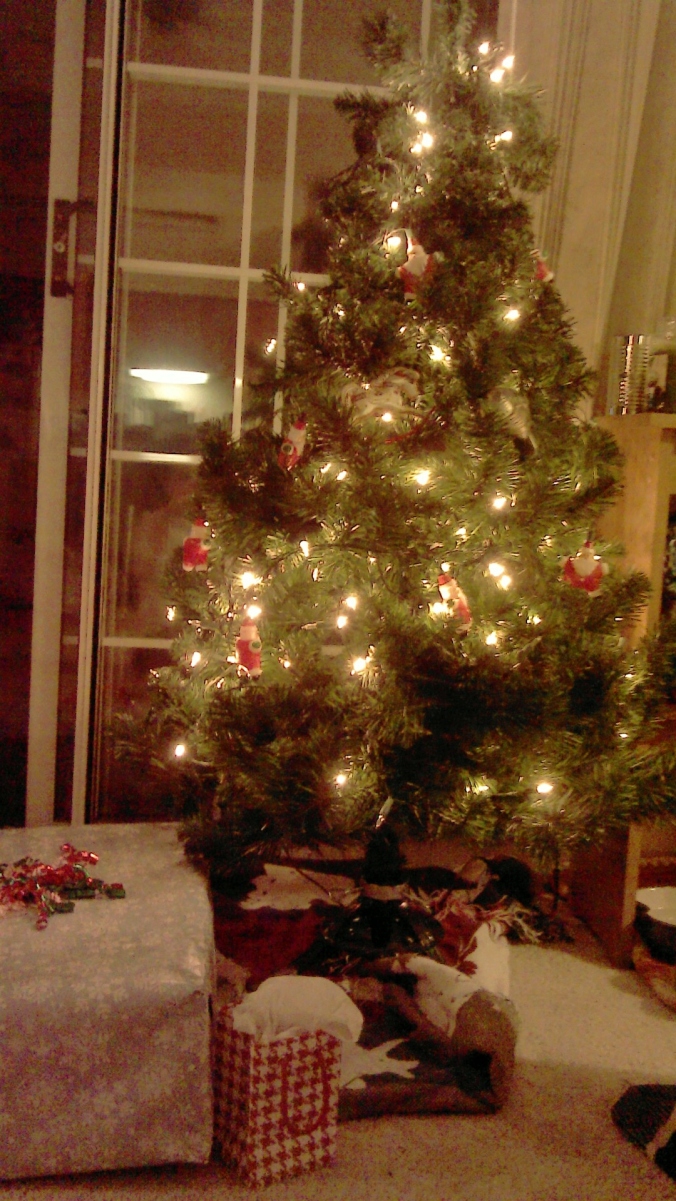 Betsy Bun Bun in her natural habitat: beneath an artificial christmas tree that Andrea won’t let her eat. 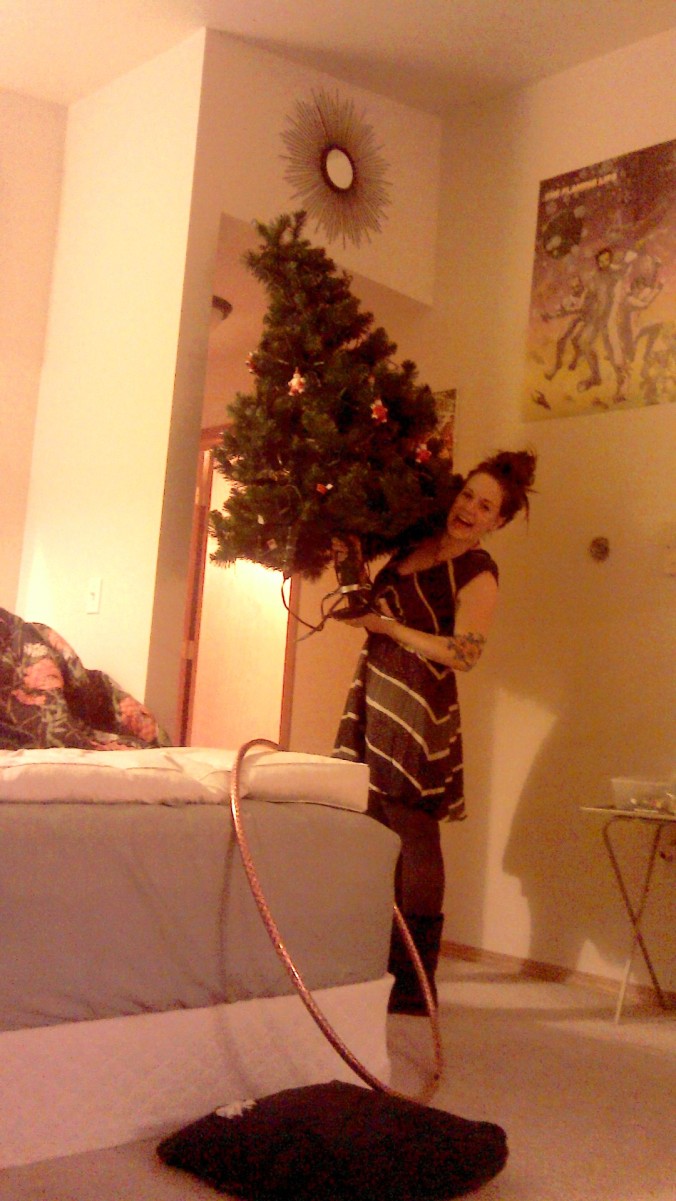 Close up of Betsy. She was obvi the star of the evening.

Just kidding, Vodka was the star of the evening. 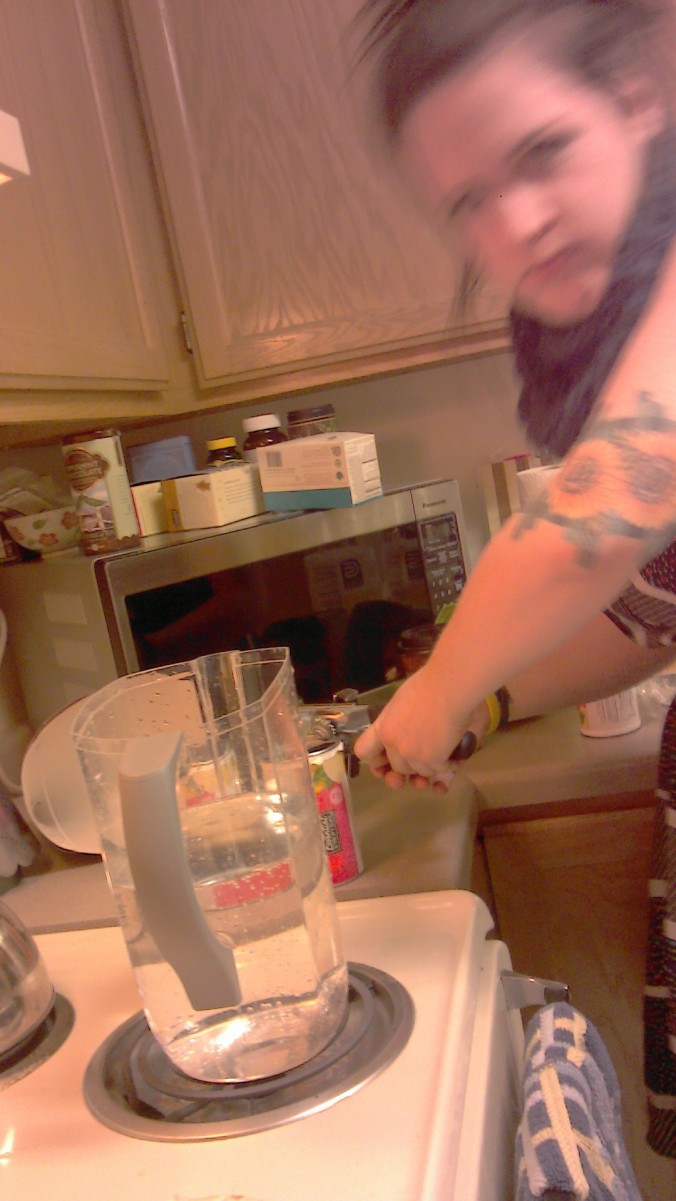 Mixing glow in the dark dranks. 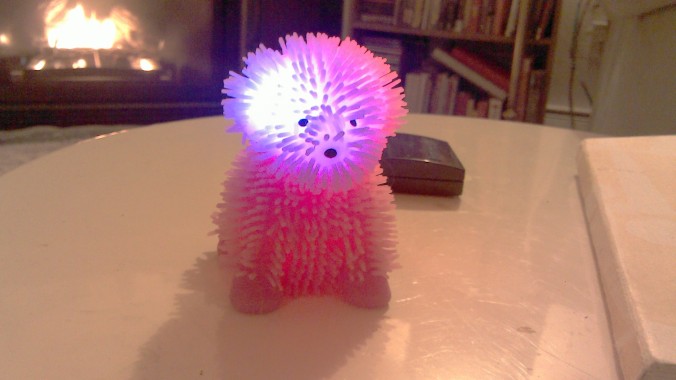 Among my many gifts from Andrea, my typewriter is my favorite, mainly because profanities look the best in a serif font. 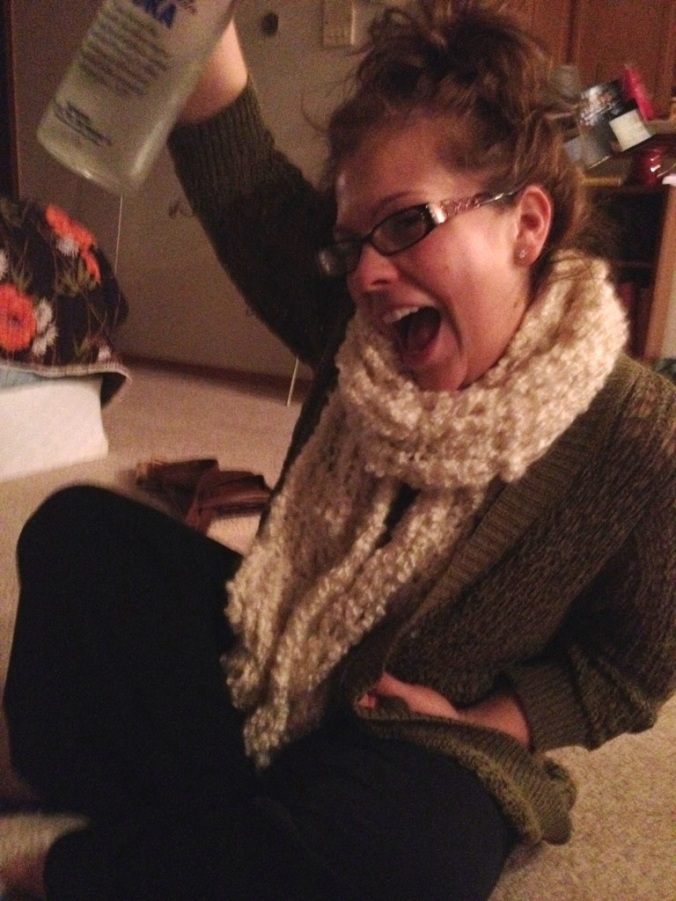 Sometime after midnight, I posted this photo to Facebook with the question, “Why isn’t this purple?” It was a reference to an Aziz Ansari joke that nobody got, because why would they? 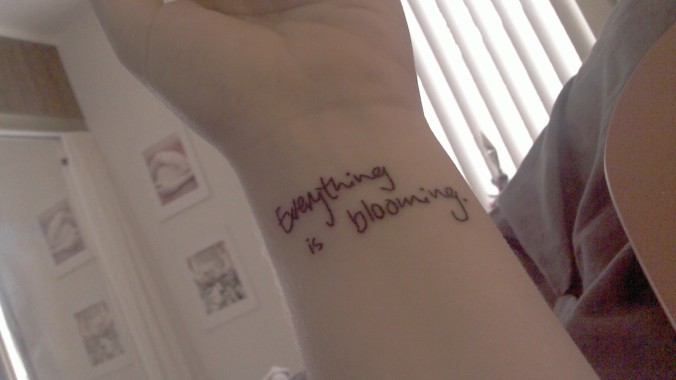 Happy new year. Remember that everything is blooming.